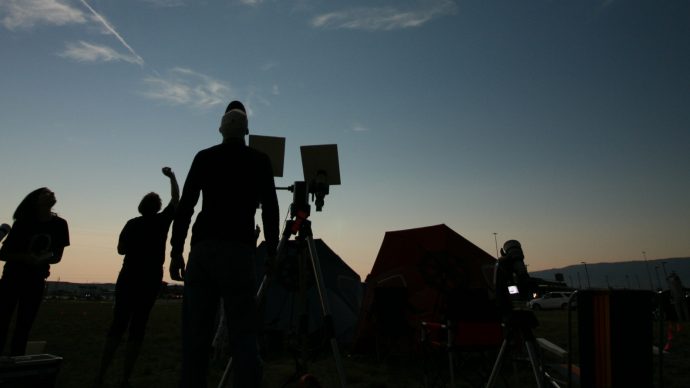 A summer road trip took us to Casper, Wyoming for the August 21, 2017 total solar eclipse.

For this one, I decided that the only way I was going to photograph the eclipse was if I could fully automate the picture taking.In one of the grand traditions of amateur astronomy, I cobbled together an imaging setup with owned and borrowed items: Canon Rebel T3i camera, with an old Canon FD 300mm lens coupled with a Bower FD-EOS Adapter and filtered with a Baader AstroSolar film. The camera was attached to a borrowed dovetail bar and the bar was attached to a borrowed Celestron NexStar SE mount/tripod, powered by a Canadian Tire 12v battery. Total spent for the imaging rig: 25 cents for a tripod bolt.